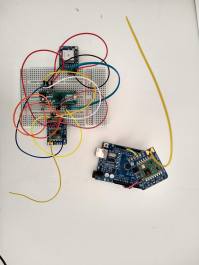 In the Bodgers group we’re starting to put our projects together for the Coolest Projects Showcase.

“Coolest Projects International is a world-leading showcase for young innovators who make stuff with technology. If you’re up to 18 and you’re making something with technology for fun, to solve a problem, or as a creative outlet, then we want you to come out and share your project with us! This free event will take place in the RDS Main Hall, Dublin, Ireland on 5 May 2019.”

If you have any questions you can contact me at coderdojoathenry@gmail.com.

see you all then.

This week we started getting our entries ready for the Astro Pi Mission Zero Challenge by looking at whose aboard the International Space Station now and what they’re doing. We followed this up by taking another look at programming the Trinket Astro Pi emulator.

We also had a small brainstorming session to come up with ideas for projects that we will be working on for the rest of the year.

See you all next Saturday.

As you may remember from before Christmas Kevin, Zack and Barry won a prize in the Raspberry Pi Pioneers competition, part of that prize was an invitation to Coolest Projects UK which was held in London last Saturday. 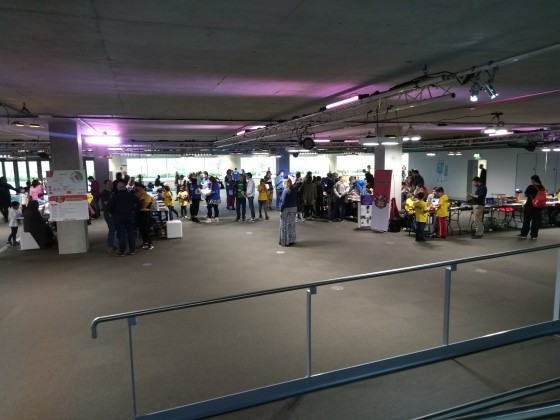 The first thing that struck us when we got there was how small the event was, there was about forty projects there, compared to Coolest Projects in the RDS. However this is the first time that Coolest Projects has been run in the UK so it’s a very good start. We also noticed that at least half the projects were hardware based which reflects the fact that there are more Raspberry Jams etc. than CoderDojos in the UK. 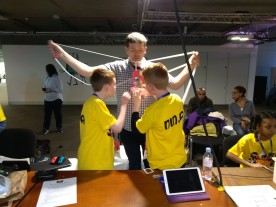 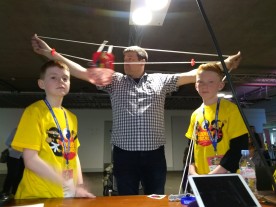 The day started with us setting up our “Piggy In The Middle” project, followed by a very nice speech by Philip Colligan. The lads then demoed their project to the public while they were waiting for the Judges. After the judging was finished there were science shows by Greg Foot and Neil Monteiro as well as stands to keep the kids entertained, Zack and Kevin really enjoyed the huge version of Connect 4 that was there. In what has now become Coolest Projects tradition for Kevin and Zack they had their picture taken again with Philip Colligan CEO of the Raspberry Pi Foundation.

Then it was time for the results, the Mobile category award went to Meriem Ait Ziane for her app of healthy eating recipes and advice as well as support for diabetic people and a personalized diet plan according to your health conditions.

The Games category was won by Hamdan Syed and Amiyan Ezdi. The game they coded is called Calorie Challenge, which challenges you to remember the amount of calories in each meal/snack.

The Website award went to George Hart for his project called “Educelevate”. He designed the website to educate children of all ages on various topics.

The Scratch category was won by to Gabriella Jenkins and Liya John for their game “Toad Ahoy”.

The Hardware category went to Avye Couloute for her project: Voice O’tronik Bot. We were all very impressed by both Avye and her project and were delighted to see her win.

This awesome voice controlled robot is by Avye, a European digital girl of the year and CoderDojo Ham, check it out!

Back in Athenry Dave helped the rest of the Bodgers with their projects.

I was away this weekend so Dave looked after the group.

He covered some basic electronics theory such as Ohms Law, how we use resistors in our circuits to protect other components and how to wire up an LED. He also helped the group build a simple traffic light circuit controlled by an Arduino which they then programmed.

We have two sessions before the mid-term break so we will concentrate on coming up with ideas for our next projects and how we might implement these ideas and that will leave us a couple of weeks to get components etc. organized.

See you all next week.

In the Raspberry Pi group we had planned on everybody building some small projects together before the Christmas break and then moving on to bigger individual projects after Christmas. Unfortunately we’re a little behind on our small projects due to the taster sessions in the beginning of the year and the fact we didn’t have a proper session in December but we’ll catch these up in the next couple of weeks.

However as the difference between a good project and a really great project is sometimes the idea behind it I decided to spend most of this week’s session looking at ideas for our projects. I asked the Ninjas to ask themselves the following questions if they were stuck for ideas.

As you can see from the picture we had loads of ideas to start with and I’m sure we will come up with many more before we finally have to start working on our project.

We also discussed the Coolest Projects Competition but as we’re planning on sharing information with the whole Dojo soon I won’t say much about it for now but here’s a picture from last year’s competition.

Congratulations to everybody from CoderDojo Athenry who participated in the CoderDojo Coolest Projects event on 13 June 2015. It was a very impressive event, held in the RDS Dublin, with over 500 projects from CoderDojo ninjas from Ireland and worldwide.

Here are photos of the participants from CoderDojo Athenry.

James from the Minecraft Modders group with his technically impressive XyZ Mod with World Gen and Gauntlets: 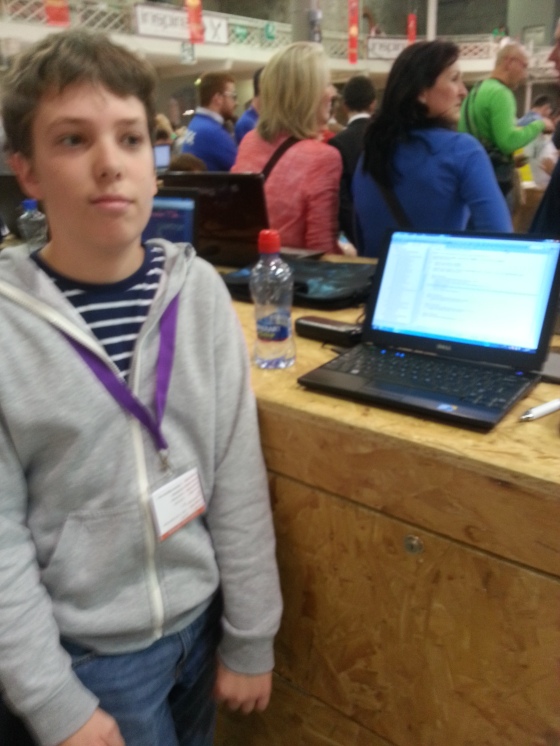 Ruaidhrí and Luke from the Minecraft Modders group who entered the Weapons, Armour and Money mod:

Michael and Mikey from the CoderDojo Athenry PiDojo who entered their clever and topical Shower Evaluator project that times your shower and displays the amount of water used, cost of water, and cost of energy: 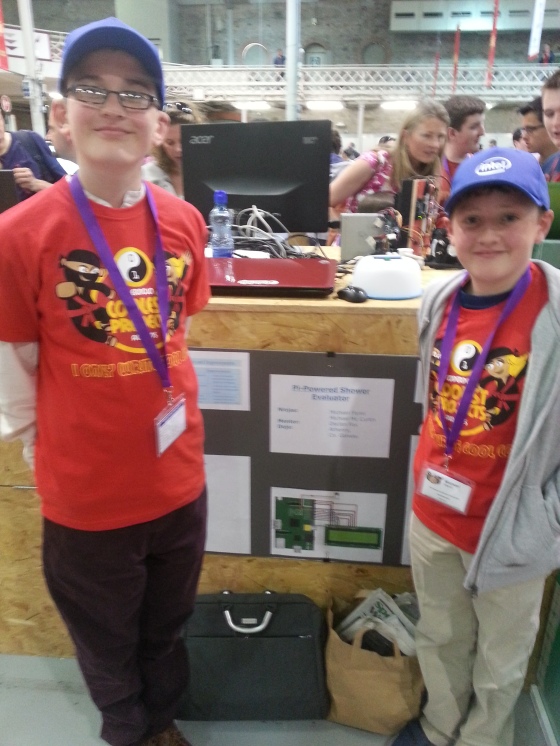 Alaidh from the PiDojo group who entered the very innovative Sensor Guide for the visually impaired, which was impressively backed up with scientific evaluation:

Emily and Chloe from the Scratch Advanced group had a Scratch program with great environmental potential, Cúisneor, that helps to reduce food waste:

Rachel from the Scratch Beginners/Intermediate Group was our youngest entrant from CoderDojo Athenry, aged 8, and had a fantastic Scratch app for helping young children to learn the letters of the alphabet:

Well done to everybody who entered!

We should also mention that three projects won prizes: