Stop Motion is used to make cartoons and animated movies like Wallace & Grommet, you take lots of pictures moving the characters and objects a little bit between each picture. Once you have the pictures you can link them together in Scratch.

Over the last 2 weeks we have used Stop Motion to create an animated movie.

For the first week we built our characters and the Stage, some people used an old cereal box, other people just used white paper and everyone decided on what their story would be about.

This is just a sample of some of the characters that were created: 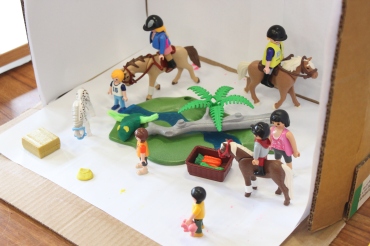 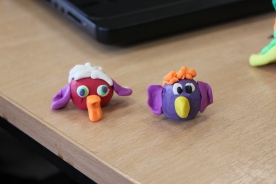 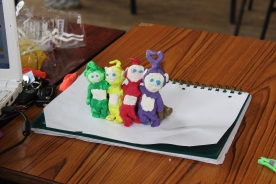 In the second week, we started bringing the pictures into Scratch and writing a little bit of code.

The best way of getting all the pictures into Scratch is to create a new Sprite from a file and use the first picture for that Sprite.

Once you have the Sprite created, go to the Costumes tab and use the upload costume from file option to add all the other pictures as new costumes. Your Sprite will end up looking something like this:

The code is quite simple, it is just a case of displaying each costume with a small delay between each one. You can either do this in a forever loop or individually step through the costumes. I have both examples here and have added some text when stepping through them individually:

I have uploaded my project to the Scratch web site: