Today we started with a little brainstorm about what we want to do this term.  We took a little vote about what to tackle today and most people wanted to have a go at building a game.. so that’s what we did!

The thing about games is even pretty simple ones can take some time to get them finished so we decided to split it over two weeks and base it on an existing famous game – Flappy Bird.   Flappy Bird is a simple game, but was HUGELY popular, and has all the things that are needed to master when it comes to games:

If we can manage Flappy Bird we will be able to build all sorts of fancy games using the same ideas.

We started by looking at the original on the internet and figuring out what characters we would probably need to create as Objects (kind of like sprites in scratch).  We decided that we would need to create:

This week we focused on the bird object.

What should a bird be able to do?

Our bird was a class very similar to the previous object we did – snowflake and crawlers..  We decided it should have the following properties when it is created – in the “constructor” function

This lets us create a bird of a given size at a given location.

We next tried to figure what it should be able to do – the operations or functions it should have.

We figured it should have the following operations:

How did we write the game

We are only half done, but wrote the game in the following order:

Phew!  We got a lot done!  We still have a LOT to do!!  Next week we will move on to doing the pillars, which is both moving them and figuring out if they are hitting the bird and hopefully we’ll get the scoring and death checking done. Looking forward to it!!!

Link to the game and code! 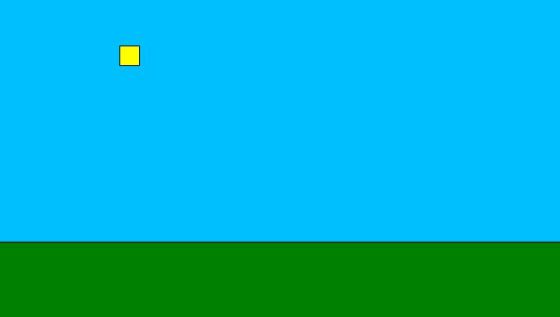 We are just getting started but all the code is up on github as usual, and you can play with the game as we left it on the creators website!